Our new documentary, Almost There, will host a special sneak preview screening in Whiting, Indiana on July 26 as part of a recently launched Kickstarter crowdfunding campaign.

Directed and Produced by Dan Rybicky and Aaron Wickenden, the feature documentary is a ' coming-of-(old)age story' about Peter Anton, an 82-year-old “outsider” artist living in at-risk conditions who befriends two filmmakers and causes controversy when an incident from his past is revealed on the eve of his first major public exhibition.

The filmmakers are seeking final support to help complete their eight-year journey on the film, which will officially premiere at major festivals this fall. Before then, the filmmakers are offering their Kickstarter backers and the local community of Whiting an exclusive chance to be the first to see Almost There as part of the annual Pierogifest celebration. The screening takes place at 11:30am on Saturday July 26th in Whiting’s historic and recently restored Hoosier Theater, originally built in 1924. After the screening, the directors will be doing a Q&A with Anton on the Hoosier Theatre's main stage - where Anton once performed with his Talent Club in 1951. 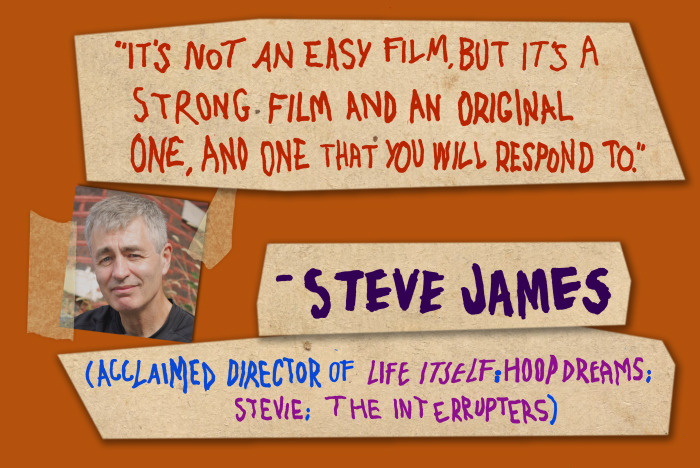 Almost There began production in 2006, when co-directors Wickenden and Rybicky met Peter Anton at Whiting, Indiana’s annual Pierogifest, where he had a stand painting pastel portraits. The documentary, which was partially funded by ITVS and will air on PBS in 2015 after its theatrical run, delves into Anton’s beguiling life - which he has spent decades obsessively chronicling in a massive, illustrated autobiography titled Almost There - and explores the issues that arise when the filmmakers befriend Anton, try to help him share his story with the world, and get him adequate medical care and housing after years of living as a recluse in neglect of all but his prolific art practice.

Said Rybicky and Wickenden: “We've been working with Peter for eight years now, and our film is the result of this in-depth and life-altering experience. We are 90% done with the process, but now we need help to fund that last, crucial 10% to cover the distribution and impact producing-related costs that will ensure our feature is able to be seen. We wanted to create a special reward for supporters that was totally unique and unusual, just like Peter Anton: this screening at Pierogifest is definitely going to be that.” The filmmakers are attempting to raise $20,000 by Midnight CDT on August 8th, 2014. 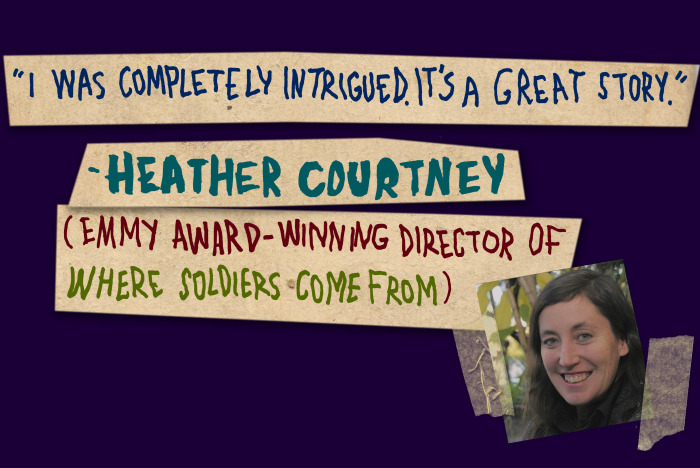 Along with the $100 ticket to the Pierogifest screening, the campaign’s many one-of-a-kind rewards include signed photographic prints from the acclaimed 2010 Almost There exhibit of Anton’s work at Chicago’s Intuit: The Center for Intuitive and Outsider Art, and newly created original artwork from Peter Anton, who will paint your portrait... provided you send in a dashing photograph. Other rewards include: private filmmaking consulting sessions with the directors, and the chance to see the film at the same time as its official world premiere via streaming link, in a move similar to Kartemquin’s unprecedented crowdfunding campaign for the Roger Ebert documentary,Life Itself (currently in theaters).

Dan Rybicky (a Columbia College Chicago professor) and Aaron Wickenden (editor of Finding Vivian Maier, The Trials of Muhammad Ali, and The Interrupters with Steve James) directed and produced Almost There for Kartemquin Films, with Justine Nagan and Gordon Quinn as executive producers. https://www.kickstarter.com/projects/almostthereproject/almost-there-a-c...